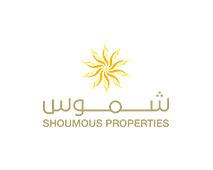 Shoumous Properties is a brain-child of an enigmatic conglomerate between AlBatha Real Estate Group and Mag group,two very main-stream and major development venture on in the region. Shoumous, though a joint partnership prodigy, has turned out to be a very established development venture on its own. Preserving its spot as one of the leading developers in Emirate of Sharjah, , Shoumous takes pride in delivering major projects within the Sharjah region and emerging to popularity with its distinct and unique style and infrastructure infused in within its projects. Since the venture is a relatively newer one operating just since 2015, there are not many projects to be mentioned as successful past projects by the developer.

All projects were delivered on time

7+ years on the market

A multinational conglomerate based in the UAE
Reviews (1)
Leave your review about this construction company.
Write review
Frederick Johnson
Our family has always wanted to buy a cozy and spacious villa with up-to-date amenities and live close to nature. And we found the villa we had been looking for for a very long time in Sharjah Garden City through the developer Shoumous Properties. For us, this is an ideal place to relax with the whole family – there are many green areas, sports grounds, convenient transport interchange, proximity to Dubai. All places seem to be created for families with children.
×