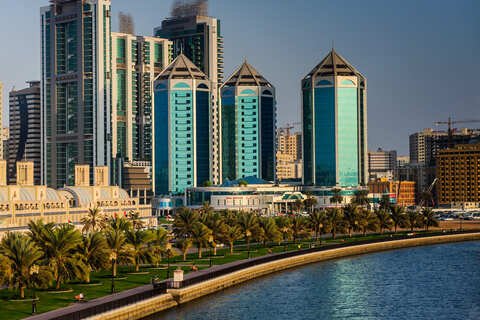 According to the latest data released by Property Finder, prices for apartments and villas in Sharjah are growing, in particular, huge increases are being witnessed in areas close to the neighbouring emirate of Dubai.

In July 2021, the sales listing price for an apartment in the emirate amounted to USD 164,000 on average, which is 2.2 percent up from January. As for the locations tracked, Al Nahda, located on the border of Dubai and Sharjah, registered the highest rise in prices at 17.02 percent over a six-month period. An apartment in Al Nahda would cost buyers around USD 150,000.

The second most popular community is Aljada, where prices went up by 4.75 percent and reached USD 144,000 on average. It is followed by Maryam Island that showed a 1.07 percent increase to USD 165,000.

As for villas, that are also in great demand in Dubai, prices are growing in certain communities.

Tilal City is among those areas that registered huge price jumps, where villas/townhouses prices went up by 25.19 percent to USD 408,400 over a six-month period.

Sharjah has been a popular destination for UAE’s budget-savvy residents working in Dubai, as it offers more affordable housing options and proximity to Dubai.