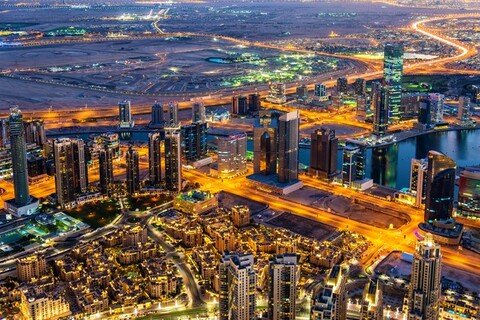 In June, Dubai’s property market maintained its resounding recovery and demonstrated resilience, with a 2.1 percent price spike, the eighth monthly surge in a row.

European buyers, mostly end-users, tend to relocate their families to the relative safety of Dubai, which have been driving a significant rebound in the emirate’s property sector as prices hit an eight-year high, registering a 10 percent year-on-year increase in June.

According to the report issued by Property Monitor, a leading real estate intelligence platform, European buyers has emerged as "a key demographic recently, driving sales with most being end users."

'Based on our conversations with brokers and industry experts, the motivation here is the relocation of entire families from Europe as opposed to the sole breadwinner living in Dubai. As further evidence of this trend, several schools have reported an uptick in enrolments of new residents,' said the report.

'What we’re seeing here is an evolution... where people are buying homes to live in after renting for a few years, then going on to sell those homes and upgrade to larger properties, creating a mature property cycle,' Lewis Allsopp, CEO of Allsopp & Allsopp, the estate agency, said.

'On a monthly basis, prices spiked 2.1 percent and now stand at Dh924 per square foot. They were last seen at these levels two years ago. Since bottoming out in November 2020, property prices have risen by 12.7 percent,' said the report.

According to Dubai Land Department data, the Dubai property market registered USD 18.5 billion worth of deals in the first 53 days of the year. The projections for the full year are USD 81 billion plus.

Demand still remains robust for properties at the top end of the market, where sales transactions amounted to over USD 2.7 million in one month.

Overall, 111 transactions were recorded for this segment in June, which is slightly lower than in May (117) but still indicative of a buoyant market.

Sales surged 43.7 percent month-on-month and increased by a massive 174 percent compared to June 2020, when buyers were first taking notice of attractive real estate deals after movement restrictions had been eased.

2,419 off-plan transactions were registered in June in total, increasing by 43.3 percent on a monthly basis. Completed properties accounted for 62.1% market share, while off-plan properties stood at 37.9 percent, continuing a year-long trend as new launches stalled, and buyers demonstrated a preference for ready-to-move properties.

However, ready property transactions may start to give up some of these market share gains as new project launches gather pace.

Mortgages for villas and townhouses increased month-on-month while loans for apartments declined, reflecting buyer preferences. Overall, 2,135 new loans for June were recorded, falling by 9.4 percent over the previous month.