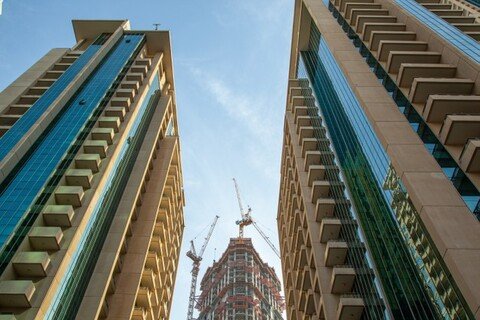 The developer will use the funds to accelerate the ongoing construction work at Aljada.

Arada, a developing company based in Sharjah, has secured additional funding in the amount of USD 68 million from Dubai Islamic Bank for ongoing construction of its megaproject Aljada.

At the beginning of 2021 Arada has already secured USD 81 million from the bank, so the new credit facility is an addition to the initial funding.

According to the company representatives, the financing will help to accelerate construction work at Aljada, where contracts have been awarded for a student housing community, Nest, and The Boulevard, consisting of three nine-storey apartment blocks.

Covering an area of 24 million square feet, Aljada is located in the heart of New Sharjah. According to the master plan, the development comprises numerous residential districts as well extensive retail, hospitality, entertainment, sporting, educational and healthcare components. The project was launched in 2017, and the first homes were handed over at the beginning of 2021.