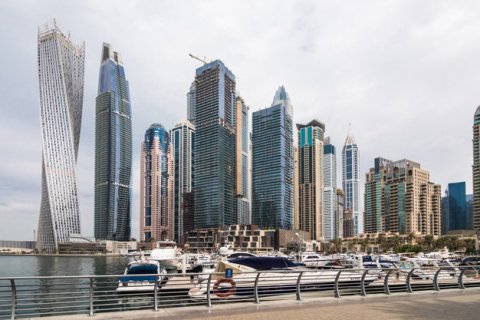 1309 real estate and property transactions amounting to USD 871.2 million in total were registered in Dubai during the week from 10 to 17 December 2020. 74 plots of land were sold for USD 73.5 million; 857 apartments and villas were sold for USD 411 million.

Saih Shuaib 4 saw two largest land transactions, two plots worth USD 6.6 million each were sold there. In Al Merkadh a land was transacted for USD 5 million, which made it the third on the list of the top three.

Al Hebiah Third had the highest number of transactions this week, which was 18 sales worth USD 8.9 million in total. It is followed by Nad Al Shiba Third with 14 transactions worth USD 9.2 million and Al Hebiah Sixth with 7 deals amounting to USD 2.9 million.

Villas and apartments segment recorded 857 sales in total with an apartment in Business Bay worth UDS 56 million topping the list. USD 50.6 million apartment in Marsa Dubai was the second most expensive unit sold this week and the third place was taken by a villa in Dubai Investment Park First sold for USD 25 million.

Total sum of mortgaged properties this week was USD 272 million. The highest was a land in Al Barsha First, mortgaged for USD 41 million.

70 properties worth USD 48 million were granted between first-degree relatives.