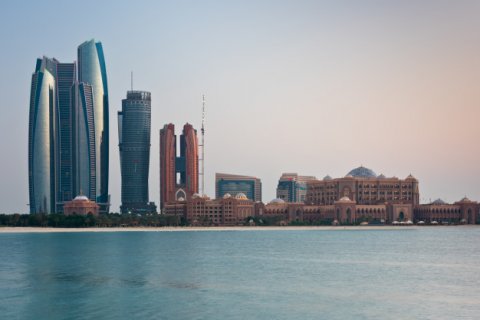 The government’s economic stimulus packages and prompt measures to prevent oversupply in the market have played an integral role in enhancing the competitiveness of Abu Dhabi’s real estate sector, stated Bayut & dubizzle’s annual report for 2020.

Property markets across the globe have felt the impact of the uniquely challenging year that was 2020. While Abu Dhabi has not been an exception, UAE capital’s property sector has revealed its strength and stability, displaying promising signs of recovery in the latter half of the year once widespread restrictions relaxed across the country, said a report by UAE portals Bayut & dubizzle.

The government’s economic stimulus packages and prompt measures to prevent oversupply in the market have played an integral role in enhancing the competitiveness of Abu Dhabi’s real estate sector, it stated.

According to Bayut & dubizzle’s annual report for 2020, residential property prices in Abu Dhabi have shown remarkable resilience, reporting declines of under 10 percent for properties for sale in most popular neighbourhoods.

UAE portals said prospective buyers and investors interested in affordable apartments have focused their attention on freehold suburbs such as Al Reef and Masdar City, while those looking for upscale flats for sale preferred Al Reem Island.

Al Reef has continued to take the lead for affordable villa sales, while Saadiyat Island and Yas Island have maintained their appeal among investors interested in upscale villas, it stated.

The capital city’s proactive and firm guidelines and widespread COVID-19 testing initiatives have also reassured residents, expats and prospective investors of the appeal of the emirate as a safe place to call home.

UAE capital was also ranked as the safest city in the world by Numbeo in 2020, ahead of 376 cities from around the world, cementing the capital’s popularity with long-term investors and expat families.

Consumer trends on Bayut & dubizzle for 2020 have indicated that Saadiyat Island has emerged as the top choice for luxury villa sales.

The average price-per-square-foot for villas in Saadiyat Island has decreased by 6 percent, going from USD 391 to USD 365 in 2020, making the area more accessible for price sensitive homebuyers.

On the other hand, the villas in Yas Island have seen an uptick in the average price-per-square-foot by 7.1 percent, rising from USD 236 to USD 256. These price fluctuations could be attributed to handovers of more luxurious projects in Yas Island, such as Yas Acres.

Al Raha Gardens has seen its price-per-square-foot remain steady, averaging at USD 210 in 2020.

Based on the combined data released by Bayut & dubizzle, the affordable suburb of Al Reef has generated the most interest with buyers and investors keen on reasonably-priced ready villas for sale in 2020.

The average sales-price-per-square-foot for villas in Al Reef has experienced a minor decline of 2.4 percent during 2020, decreasing from USD 170 to USD 165.

Suburban communities such as Khalifa City A, Mohammed Bin Zayed City and Shakhbout City (Khalifa City B) have also appealed to prospective buyers for competitively-priced villas in the capital city.

Prospective buyers have shown a strong preference for island and waterfront communities when it comes to luxury apartment sales, as per consumer preferences on Bayut & dubizzle.

Al Reem Island has continued to be the most popular choice for upscale apartments in Abu Dhabi. The ready flats in Al Reem Island have experienced moderate price declines of 5.3 percent, with price-per-square-foot averaging at USD 263.