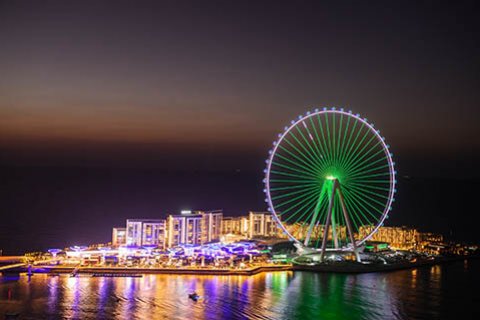 Capital values of residential homes approached stabilization as the downward trend gradually came to a standstill. However, sales transactions have dipped by nearly a third.

Property prices in Dubai are showing signs of a slight uptick after falling for months due to the coronavirus pandemic. However, sales transactions have dipped by nearly a third.

Apartments and villas in some popular locations in the emirate saw their values grow by 0.1 percent in January compared to December. According to the ValuStrat Residential Price Index, this looks like an early sign of growth for the first time in five years.

On a citywide level, capital values of residential homes approached stabilization as the downward trend gradually came to a standstill.

In particular, values in villa communities that have emerged popular throughout the pandemic, as well as almost half of the freehold apartments in the market, showed stability and marginal improvements.

Dubai’s property market, which had been on a downturn for years due to a huge supply glut, dipped further early last year as economies around the world grounded to a halt following the COVID-19 lockdown. As businesses gradually reopened and property prices still continued their decline, value-conscious buyers flocked to the market.

However, the uptick in demand didn’t seem to last. According to ValuStrat, January saw homes sales transaction volumes fall by 29.8 percent, while existing ready-to-move-in properties declined by 24.7 percent and off-plan sales shrunk 39.2 percent when compared to December.

And even as some locations, such as International City, Arabian Ranches, The Meadows, The Lakes, Emirates Hills and Jumeirah Islands, started seeing slight increases, apartments in Dubai Sports City, Dubai Production City and Jumeirah Village Circle still fell further, at around 1 percent compared to the previous month.

As for property sales, ready homes continued to capture the bulk of the demand, accounting for 69 percent of the cash-based transactions.

Homes built by Emaar, Nakheel, Damac, Binghatti and Nshama emerged as the most popular with buyers, while locations like Jumeirah Village, MBR City, Al Jaddaf, Sobha Hartland and Business Bay were the most sought after in the off-plan segment.

Industry experts earlier expressed mixed views as to when the market will recover. While some are betting on further declines in rents and sales prices, others said there was a chance of a recovery starting this year due to the global rollout of COVID-19 vaccines and hosting of the World Expo in Dubai.