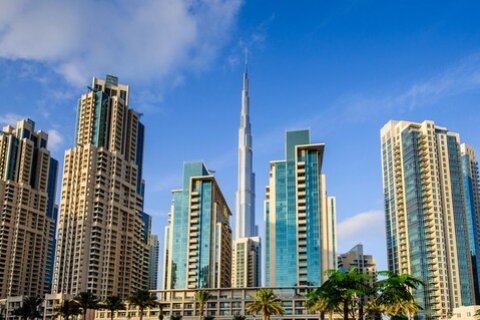 The new 2040 Urban Master Plan that is expected to make Dubai the world’s best city to live in, will finally approach the problem of the huge housing supply glut in the emirate, says a property analyst.

According to the ambitious plan, that was announced last weekend, Dubai’s spaces allotted for recreation, public parks and green areas will be increased, housing options improved and more investment stimulated.

As a result, the quality of life will improve, more people from abroad would want to live, work and do business in Dubai and the total resident population will grow up from 3.4 million this year to 5.8 million in 2040.

'With the increased international demand, the oversupply situation that we see now will be eased. Population is expected to [nearly] double in Dubai, which means a population of 5.8 million will use up the housing supply,' said Ayman Youssef, vice president of real estate firm Coldwell Banker UAE.

The new plan is in line with the recent regulations introduced in Dubai, such as as the golden visa, retirement visa and access to foreign investors. The improved regulations, along with the growth in infrastructure, healthcare, innovation and sustainability will lead to greater demand for housing and places to work from.

UAE has faced the issue of oversupply for a long time now. This year some developers plan to restart stalled projects and launch new ones, so more than 50,000 new apartments and villas are expected to be delivered across the country.

Some analysts believe this could worsen the supply-demand imbalances in the market, there aren’t enough buyers yet to meet the surge of new residential units.

Dubai’s new master plan doesn't clearly mention building of more villas, residential high rises and skyscrapers, though it does talk about 'development' of five urban centers. Among those urban centers there are two new ones, the Expo 2020 Centre that will feature affordable housing, and Dubai Silicon Oasis Centre, the future hub for knowledge and innovation.

More people will also be concentrated in or in proximity to commercial centers and 55 percent of the population are expected to live within 800m from main public transport stations.

However, there will be more places to relax and enjoy, green spaces are envisioned to double and areas designated for public beaches to increase by 400 percent.

With the new plan the quality of life in Dubai will be enhanced, which, in its turn, will attract more foreigners come and settle in the emirate.