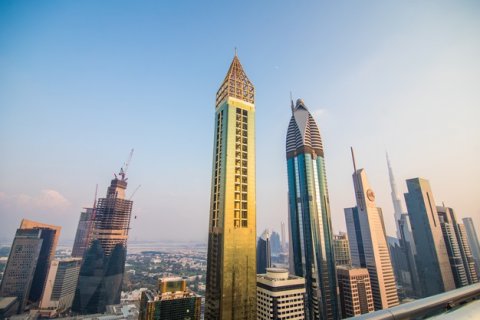 1,277 real estate and property transactions amounting to USD 1.3 billion were registered in Dubai during the last week ending 18 February 2021.

The top land transactions were a plot of land in Jabal Ali Industrial Second sold for USD 21 million and a land in Island 2 sold for USD 9.9 million.

The most expensive apartment was sold for USD 41 million in Marsa Dubai. It is followed by an apartment in Business Bay sold for USD 30 million. Another notable transaction was recorded in Burj Khalifa, where an apartment worth USD 24 million was sold.

Total sum of mortgaged properties this week was USD 816 million. The highest was a land in Wadi Al Safa 7 mortgaged for USD 193 million.

50 properties worth USD 102 million were granted between first-degree relatives.