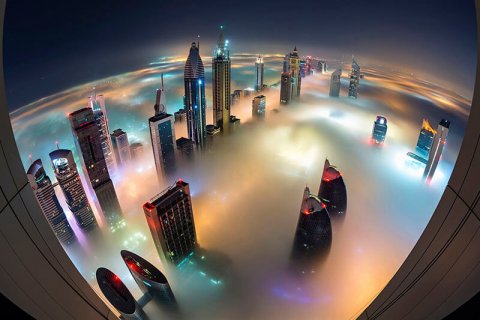 Real estate investments in the United Arab Emirates (UAE) have proven to be a reliable and beneficial tool. This is facilitated by several key features of the country in terms of being a good place for doing business and as a place for settling permanently.

The following factors should be considered by foreigners who wish to buy property in Dubai, as a long-term investment:

There are several sought-after locations in the United Arab Emirates for foreigners to purchase a home, but Dubai is, without a doubt, the most popular among them. You may purchase apartments in development projects in Dubai, in either a peaceful neighbourhood outside of the city centre or in an ultra-modern skyscraper on the waterfront. The city is constantly being developed with buildings of various sizes and types.

Housing prices in Dubai have grown exponentially in recent years, however, the average cost per square metre is still significantly lower in comparison with London, New York, and other popular cities. The Dubai property price index rose by 1.77% compared to the previous month, in October 2022 alone. Additionally, the transaction volume is increasing, as, in the same October, more than 8.5 thousand transactions were completed. This year, the average rental income has been approximately 6.5%, which is above the standard rate for this market. Experts predict that prices for buying and renting houses in Dubai will continue to rise until at least late 2023.

Of course, the buyer will take other factors into account when considering each offer, particularly if he plans to take occupancy of the house or apartment he has bought rather than renting it out. Here, however, is a list of Dubai real estate markets with the greatest expected benefits for the near future. 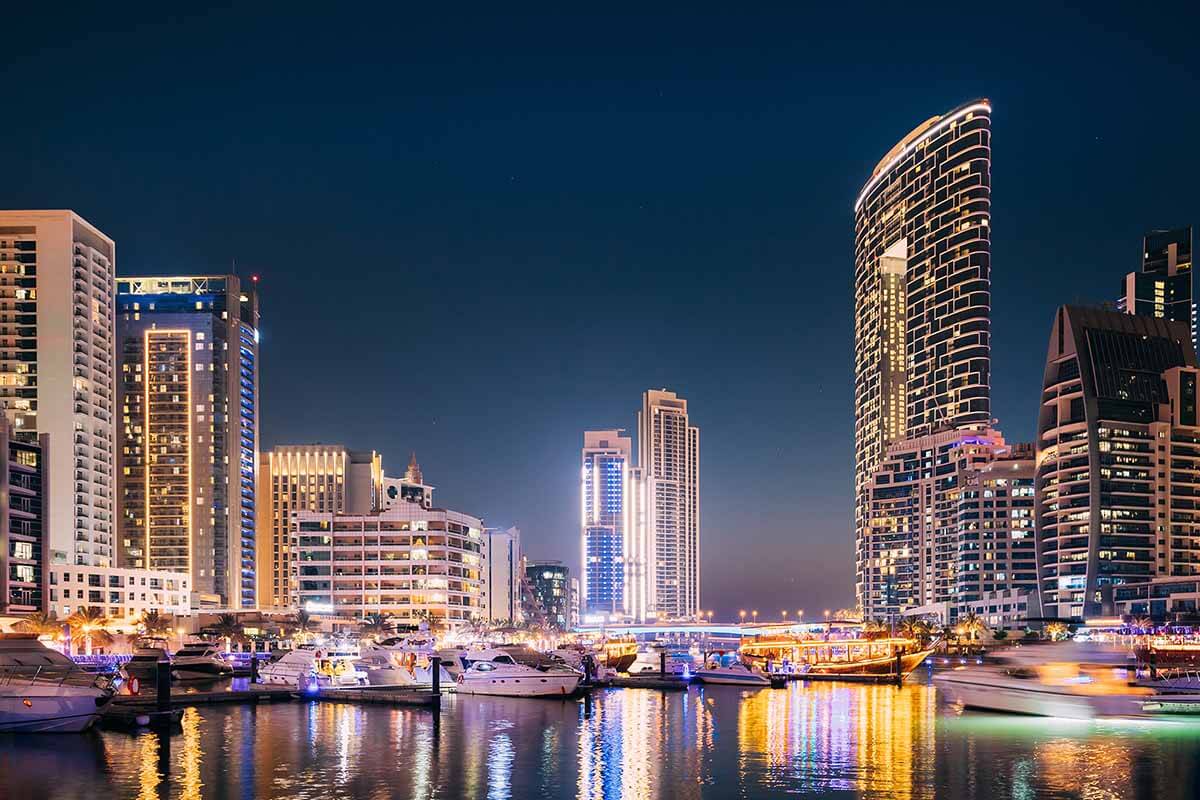 The cost of this type of apartment rose by over 28% on a semi-annual basis in October 2022. AED 8,700 (about $2,370) per m2 is the current average price after the price increase that began in July, with an average price of about AED 6,770 (roughly $1,840) per m2. Only a very small number of dwelling types may show similar cost dynamics, especially when considering that prices are still rising.

With a residential area, a free trade zone and a technological park, Dubai Silicon Oasis is largely of interest to people involved in high-tech businesses. It is also particularly popular among students in related specialties, mostly due to the affordable rental costs.

This area's unique selling point is the abundance of low-cost options. For example, a one-bedroom apartment with two bathrooms and a total area of 60 m2 in the prestigious Silicon Heights community can cost approximately AED 350,000 (about $95,000). For this amount, the buyer can also enjoy a large balcony, a parking space, and all the amenities offered in the residential complex, such as a swimming pool, a gym, and a playground. With such a purchase, you would obviously not be able to obtain a resident permit, but it is suitable for entry-level real estate investment in Dubai.

Various apartments in Motor City Uptown have also experienced significant price hikes, with the average price rising from AED 7,525 ($2,050) per square metre at the beginning of the year to AED 9,300 ($2,530) per square metre by October. The area is well-known for the featured Dubai Autodrome and its general focus on sporting activities after emerging as a standalone unit from the enormous Dubailand project. However, for the buyer, the range of options with a relatively low population density may be the selling point of Motor City Uptown.

In the community comically named Shakespeare Circus, a one-bedroom apartment may be purchased for approximately AED 585,000 (almost $160,000). Such cost comes from the non-standard area of this unit, offering 100 m2 with a 9 m2 balcony, and the cosy atmosphere in a pleasant area with low-rise residences. Here, three six-storey houses are available, in a quiet neighbourhood, within walking distance of the popular Dubai Miracle Garden. Depending on the apartment's area and location, the annual rent in the building can range from AED 45,000 to AED 60,000.

3. Villas in The Meadows

There are many benefits of choosing a villa in the popular community of The Meadows, when making significant acquisitions. This upscale neighbourhood provides a selection of villas in several communities that differ in size and architectural style and are close to Dubai Marina and the Palm Jumeirah. The price of a villa in Dubai has never been low and a buyer is unlikely to find a property here for less than 3.4 million AED. Additionally, five-bedroom villas have seen the most significant price growth this season, starting at AED 5,700,000. For example, in the The Meadows 9 community, a 560 m2 villa with five bedrooms and seven bathrooms is available for 5,750,000 AED ($1,565,000).

Despite this, it is a noteworthy bargain for this class of residence: 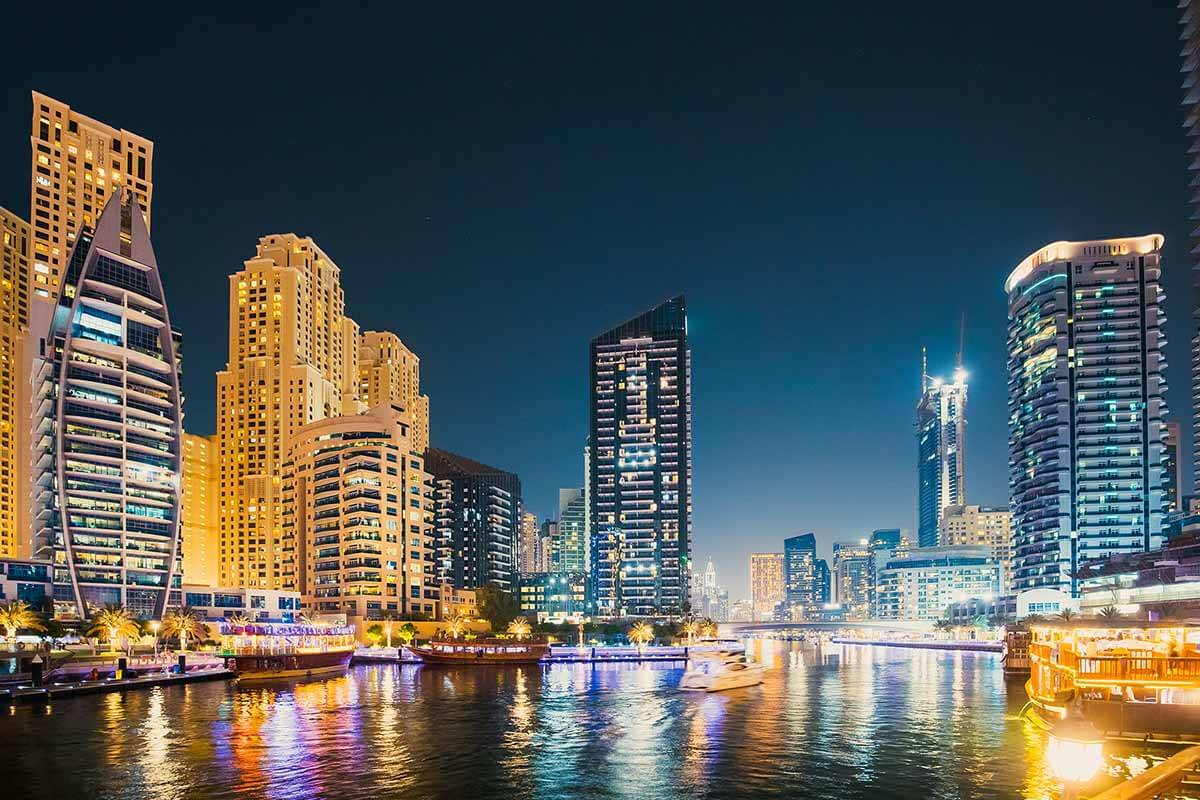 Our experts will gladly assist you in selecting a home in Dubai while considering the most recent information on the profitability of a specific place. Send us a request, and we'll send you a complete catalogue of the greatest deals on apartments in off-plan buildings as well as ready-made homes and apartments in Dubai. Our company's employees will explain all the nuances of obtaining a residence permit based on a real estate purchase in Dubai. You can send a request on the website or write to us in the online chat to receive detailed information about acquiring flats and apartments in Dubai.