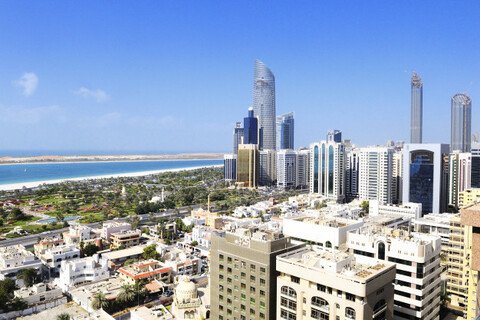 Construction of the project is due to start in Q4 2021.

Abu Dhabi-based Aldar Properties has announced the launch of Noya Viva, which is the next phase of its highly successful development Noya on Yas Island. Buyers from all nationalities will be able to purchase homes in the community as it is a freehold project.

Noya Viva will add 480 new homes to the Noya development that will include four-bedroom villas and two- and three-bedroom townhouses. Prices at Noya Viva start from USD 449,000 and each unit comes with its own private outdoor space which is fully in line with the recent trend to spend more time at home. Due to the efficient design of the properties, residents will also have more space inside. In addition to that, the project will feature generous community gardens and a variety of recreational facilities ensuring the perfect environment to live, work and play.

Noya Viva's focal point is The Village that will have shops and cafes, sports, fitness, and health and wellbeing facilities and a library. A leading British curriculum school, operated by Aldar Academies, will be also opened there to cater to the island’s growing population.

Commenting on the launch of Noya Viva, Rashed Al Omaira, Chief Commercial Officer at Aldar, said, 'The strong response we witnessed for the first phase of Noya is a clear testament to the strength and resilience of the Abu Dhabi real estate market and the continued appetite to live on Yas Island, one of the capital’s most desirable destinations'.

Construction of Noya Viva is due to begin in Q4 2021 and handovers are expected to begin in Q1 2024. Noya Viva is the latest addition to Aldar’s residential portfolio on Yas Island, which includes Noya, Yas Acres, Water’s Edge, Lea, Ansam and Mayan.