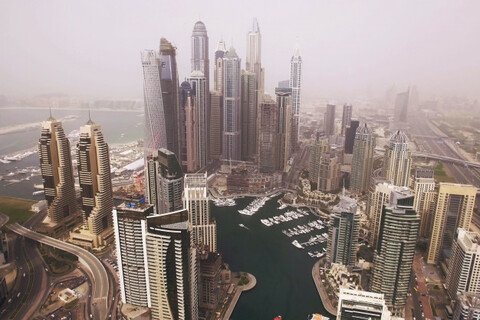 According to Data Finder, the real estate insights and data platform under the Property Finder Group, in March 2021 the market witnessed 4,643 sales transactions worth USD 2.9 billion, which is highest in a single month since June 2015.

'People, end users and investors alike, are once again heavily investing in the future of Dubai,' said Lynnette Abad Sacchetto, director of research and data at Property Finder.

Demand for properties, mostly completed units, in Dubai has been strong since COVID-19 restrictions were eased in the middle of 2020. Much of the demand is driven by lower prices and attractive interest rates.

According to Lewis Allsopp, CEO of Allsopp & Allsopp, Dubai's continued growth despite the pandemic, coupled with the series of visa-related initiatives and massive COVID-19 vaccination campaign, has boost investor confidence.

Demand for off-plan units, according to Sacchetto, has also been rising. The number of transactions increased by 30 percent in the past two months.

Developers launch new phases within their existing projects, especially in the villa/townhouse segment that are being sold out within hours.

Overall, the first three months of 2021 had 11,757 transactions worth USD 6.8 billion, which is six percent up compared to the previous quarter.

Data Finder also reported a huge interest in villas and townhouses in Mohammed bin Rashid City, which accounted for 11.5 percent of all sales in March 2021.