Deyaar's profit for the first quarter of 2021 increased more than five times, revenue also went up 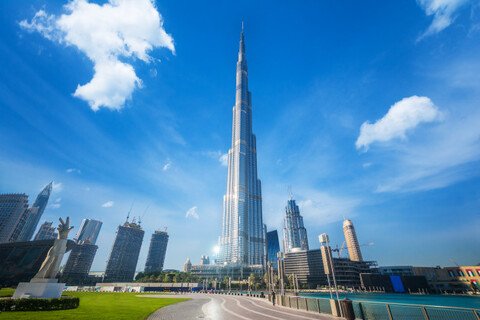 Quarterly revenue rose to USD 4.14 million at the end of March from USD 707 thousand, a year earlier on project delivery.

Net income for three months, from January to March 2021, climbed to USD 4.14 million, rising from USD 707,000 recorded for the same period last year, the company said in a statement to the Dubai Financial Market, where its shares trade. Quarterly revenue rose to USD 40 million from USD 26 million, a year earlier.

The company was able to deliver strong performance due to its continuous efforts and commitment to deliver our projects on time.

The ready and off-plan residential portfolio of Deyaar has seen a high demand and is expected to grow even more with the economic recovery in the emirate and the effort that the government is making towards executing the Dubai Urban Master Plan 2040.

The property market in the UAE softened after a three-year oil price slump that began in 2014 and as a result of the Covid-19 pandemic, which pushed the global economy into its worst recession.

However, economic support measures and government initiatives, including visas for expatriate retirees and the expansion of the 10-year golden visa scheme to encourage foreign professionals to settle in the UAE, have helped in improving sentiment.

Dubai Expo 2020 and the emirate's new remote working visa is also expected to drive demand for properties. The Dubai 2040 Urban Master Plan that aims to make the city the world’s best to live in, will further boost the real estate sector in the emirate.

Deyaar was established in 2002 and since then has developed projects in Dubai's Business Bay, Dubai Marina, Al Barsha, Jumeirah Lakes Towers and other districts.

Early this year, Deyaar handed over its Bella Rose project in Dubai Science Park consisting of 478 residential units. The construction work of the third and fourth phases of its residential project Midtown is also progressing according to plan and upon completion will add 11 more buildings to the development.