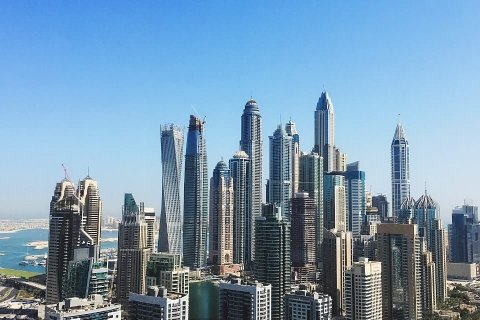 The first month of Q4 2020 saw less transactions though property prices decline has somewhat slowed down. According to the latest reports, prices for apartments and villas in Dubai dropped by as little as 0.7% compared to September and 14.4% compared to the same period in 2019. The rate of monthly decline is the lowest in the last 16 months.

Sales of residential properties in October were not very impressive in comparison to the previous months, decreasing by 33.7% in off-plan homes and by 6.8% in ready homes.

Dubai witnessed a good rise in transactions earlier, in particular after the lockdown was lifted and restrictions softened. Most of the buyers were snapping up ready homes and many of them were especially interested in apartments and villas with private outdoor spaces, like a balcony or a garden.

The latest analysis issued by Asteco revealed that there was a huge demand for residential property throughout Q3 2020. "Pent-up buyer demand from the lifting of movement restrictions has resulted in higher than anticipated transaction volumes in the third quarter of the year," Asteco said.

But in spite of V-shape trend in transactions in Q3, the first month of Q4 saw a decline compared to September.

On the positive side, villa sales in October were higher than apartment sales, following the increased demand during the previous months due to record low prices. Arabian Ranches, The Meadows, Emirates Hills and Palm Jumeirah sold really well registering the least decline in prices.

Ready homes made up 61% of cash-based transactions while off-plan sales slowed down as there are not enough off-plan projects in Dubai at the moment.

The most popular developers in the market in October were Emaar, Nakheel, Sobha, Dubai Sports City and Damac. The best transacted off-plan locations were in Sobha Hartland, Dubai Creek Harbour and Jumeirah Village. The best sales of ready homes were in Dubai Marina, Jumeirah Village, Business Bay and International City.