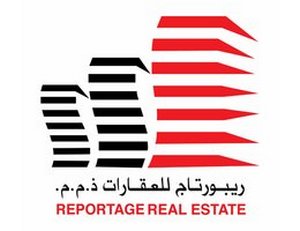 A relatively newer entry into the property development and real-estate world, Reportage Properties has definitely emerged out on its own out of a heap of some mega developers in the region. It is definitely not an easy way out to rise on one’s own ground in such a competitively driven and saturated atmosphere but Reportage Properties has been able to achieve it. Starting its base across Abu Dhabi, the group laid its foundation in the capital of the country as one of their initial projects. Established just a few years back in 2014, the property development group now works as a conglomerate between several property developers in the country. The manifesto behind all of Reportage Properties’ is to promote a sustainability driven lifestyle whether it is their residential ventures or the commercial ones. Thus, it is due to this clarity driven approach that Reportage Properties has been able to deliver some landmark projects in the region:

Leading real estate master developer based in the UAE

All projects were delivered on time

Outstanding career development opportunities
Reviews (2)
Leave your review about this construction company.
Write review
Anne Kim
We worked with the manager of the construction company, who was in touch at any time, and found the perfect property that we really liked. We looked at a lot of various properties, but we immediately fell in love with the one that Reportage Properties offered us.
Michael Johnson
The developer was recommended by friends. We are very glad that we bought a property with the help of Reportage Properties. The staff are very friendly and responsive, helped us in all matters around the property, various subtleties of Arab legislation, translation and others.
All company's properties (92)
Sort by
1 - 12 out of 92
Development areas
×